Dorie Gilliam has become the unintended face of the Reborn Doll craze after she was interviewed by NBC’s Kerry Sanders. She spoke with Sanders about why she loved the dolls.

Instead of being the creepy person some expected, Dorie was a pleasant women with 3 children of her own, and grandchildren too.

She spoke about how the dolls helped to relieve stress by bringing back a simpler version of a happy time in life. 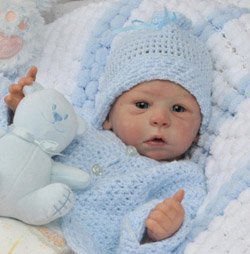 The Company that Brought them to Life

Reborns is run by Dave Stack, who originated the idea for the dolls. He also runs the web site Bear Pile. He admits that a lot of people, especially men, may not see the value of these dolls.

For many women it can be a chance to re-experience one of the happiest times in their lives. The dolls are crafted to present as many different styles as possible.

The detail and care put into the creation of realistic reborn dolls perfectly captures the newborn appeal.

From the tiny fingers and toes to the delicate lashes and faint blush – these dolls are a 3 dimensional portrait of the beauty and adorableness of a sleeping newborn.

There are very few people that would consider the newborn creepy, and Reborn Dolls are cuter than you can imagine. This isn’t a Cabbage Patch Kid, these are lovingly crafted replica dolls made using reborn doll kits.

Gilliam and her husband both admit that the Reborn babies may be aimed at women only because men may not get their appeal.

That isn’t a stereotype, but most men don’t provide the primary contact and care for newborns.

It makes sense that the association of love and happiness with this age would be mostly a woman’s thing.

That isn’t to say that some men won’t take to them too, but chances are most won’t have had the experience of caring for a newborn in the way that makes these dolls just perfect. 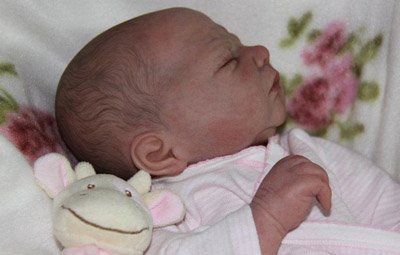 Reborn Dolls are Good for you

Dorie Gilliam may be more on target than you think with saying that holding the dolls helps relieve stress. It is a common practice to use baby dolls to calm and soothe elderly residents in nursing homes.

The act of holding and caring can trigger emotions or hormones that help to soothe the body. It’s a plus that these dolls are so realistic – except in one category. These dolls don’t cry, wet themselves or need constant attention.

This website uses cookies to improve your experience while you navigate through the website. Out of these, the cookies that are categorized as necessary are stored on your browser as they are essential for the working of basic functionalities of the website. We also use third-party cookies that help us analyze and understand how you use this website. These cookies will be stored in your browser only with your consent. You also have the option to opt-out of these cookies. But opting out of some of these cookies may affect your browsing experience.
Necessary Always Enabled
Necessary cookies are absolutely essential for the website to function properly. This category only includes cookies that ensures basic functionalities and security features of the website. These cookies do not store any personal information.
Non-necessary
Any cookies that may not be particularly necessary for the website to function and is used specifically to collect user personal data via analytics, ads, other embedded contents are termed as non-necessary cookies. It is mandatory to procure user consent prior to running these cookies on your website.
SAVE & ACCEPT